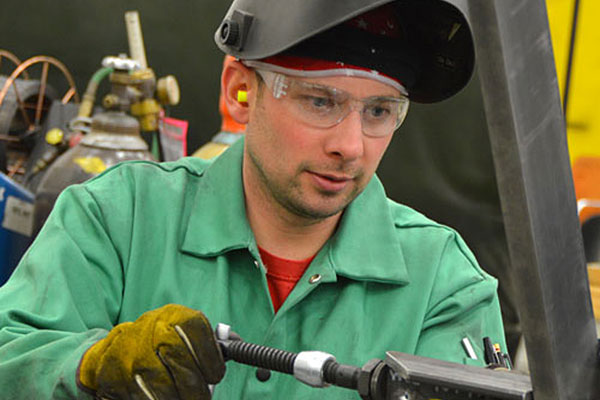 Surprise! We just learned our own Ted Demott has been named Millwright Apprentice of the Year by the AGC of Michigan.

Ted was nominated by Tim Clow, Project Manager, who stated “No matter which industry Ted has worked for us in, he adapts very well and always takes pride in his work. In the recent months, I have asked Ted to run several projects for me and without hesitation he accepts the challenge. Ted not only did a great job getting the work done but was also committed to customer satisfaction. We now have customers that specifically request Ted to be a part of their projects.”

Recipients of this award must demonstrate superior achievement in the following areas: Attendance and punctuality on the job, outstanding craft mastery and productivity, leadership skills and teamwork, safety awareness, the spirit of competitiveness, commitment to their craft, employer and the construction community.

Congrats Ted on this well-deserved honor!