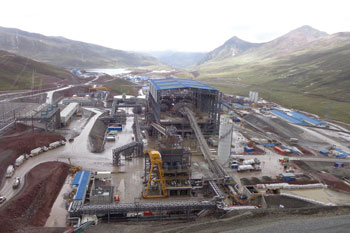 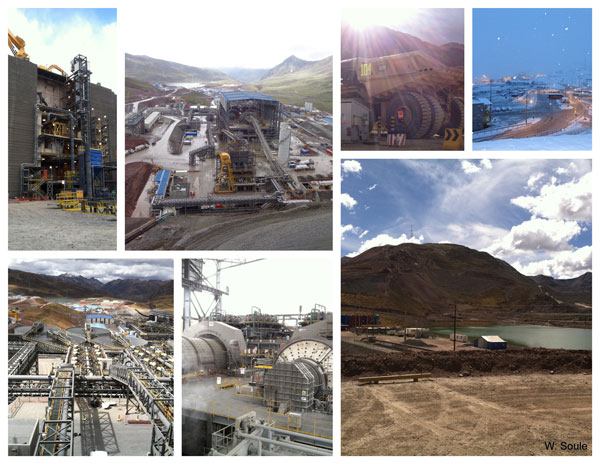 Chinalco Copper Mine, high in the Andes Mountains in Toromocho, Peru, South America

It took many hours in planes, trains and automobiles for the team to travel over 4,000 miles from Kalamazoo, Michigan to Toromocho, Peru. 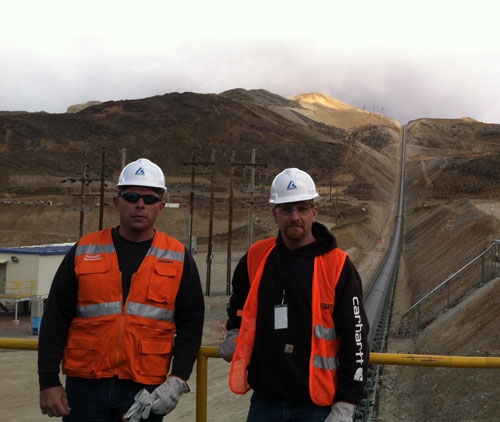 Living and welding at high elevations with language and culture differences.

This opportunity took our work travel arrangements to a new level. Work visas were secured. Extensive travel arrangements were booked. And satellite phones were set-up to support communication home since there aren’t traditional cell phone towers or signals in the mountains.

Our home of Kalamazoo, Michigan is at 784 feet above sea level. High-altitude can start having an effect on the body at 8,000 feet; and they were headed up to 15,000 feet. Therefore, the guys were required to have physicals in Peru and a confirmed clean bill of health prior to ascending into the mountains.

They were lucky enough to have an individual from the industry act as translator to help bridge the language gap.

“The surroundings were amazing. As we ascended up the mountain things became more and more remote and the scenery became more amazing. You can see snow capped mountains at eye level from many areas of the mine. We were given a firsthand look at the entire mining process,” said Andy Brotebeck, foreman.

The necessary code welding modifications were to a heat exchanger.

“The work was pretty cut and dry. Two 4″ nozzle welds on a heat exchanger, nothing out of the ordinary,” says Brotebeck. “Welding in the high altitude had a slight learning curve. We had to find the right heat adjustments to compensate for the lack of O2 in the altitude.” W. Soule averages around 30 repairs like this each month.

Two weeks were scheduled for travel and to complete the work. Based upon performance, the work was complete and the team returned home early.

The client was very pleased with the job performed saying “the team on-site performed safely and effectively to get their work done. Their team was exceptional.”

“The most surprising part was the amount of work completed at the mine in just two years, and in such a remote area,” says Brotebeck. “They have many skilled craftsmen in Peru and surrounding countries in South America. Safety is of the upmost importance at the mine, it is no different than here in the states.”

“Over all it was a great experience and we are very grateful to have had the opportunity to go on this once in a lifetime experience.” -Andy Brotebeck and Denny Owen.