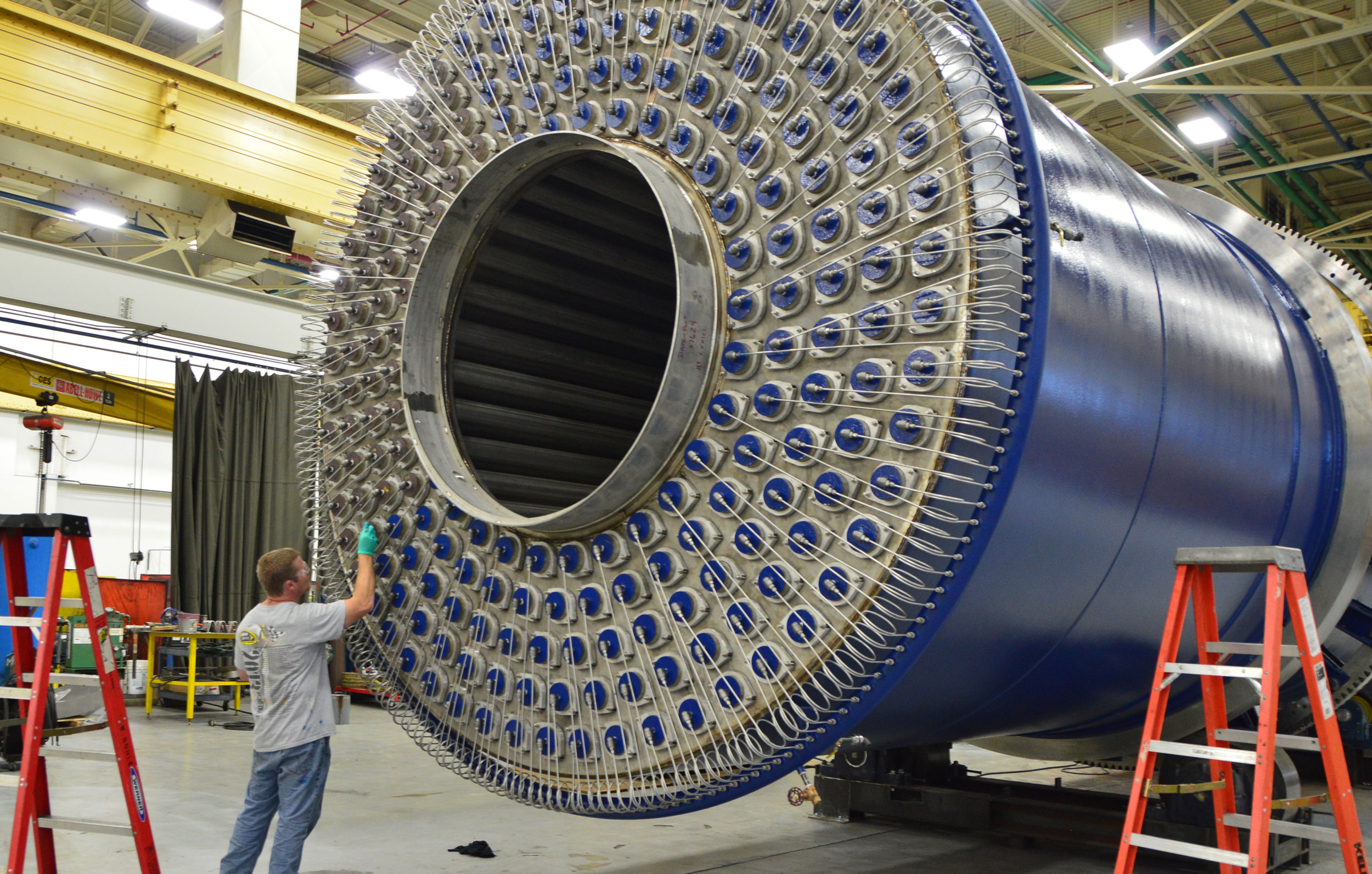 We’ve built dryers before, but the shear size of this piece complicated the moving process. It is the largest piece we have ever created and took about 4,000 hours to complete. With all of the internal tubes, it tipped the scales at almost 285,000 pounds, making it too heavy for our 50 ton crane. “When we secured the SFG facility I thought we’d never build anything heavier than what that crane could lift,” commented Gary Cline, Chief Operating Officer and a 28 year veteran of W. Soule. “It is physically one of the largest pieces we’ve ever built.” 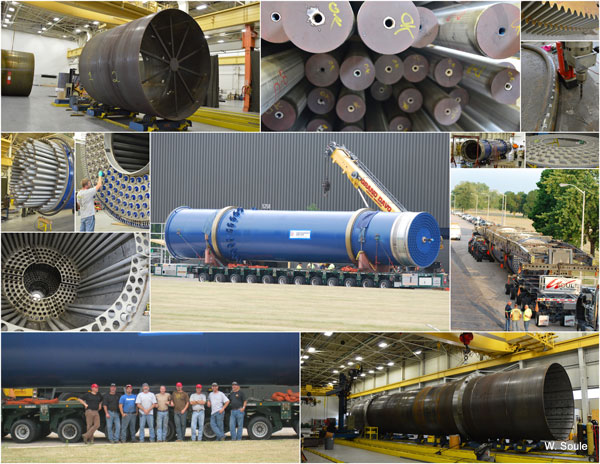 The final destination is North Dakota where it will utilize by-product steam from a neighboring power plant to dry corn for ethanol.

The transportation crew averaged 25 mph, traveling between 9am and 3pm. (They have permission to travel overnight in some high-traffic areas.) The route is mostly highways like US-131, US-12, M-60 and M-40 in Michigan. They will have a police escort most of the way to help with traffic at intersections, etc. The traveling convoy includes the dryer suspended between two semi trucks which pushed and pulled as needed, a police escort in most states and 3 scout vehicles including a re-fueling van.

Watch Us Move the Dryer