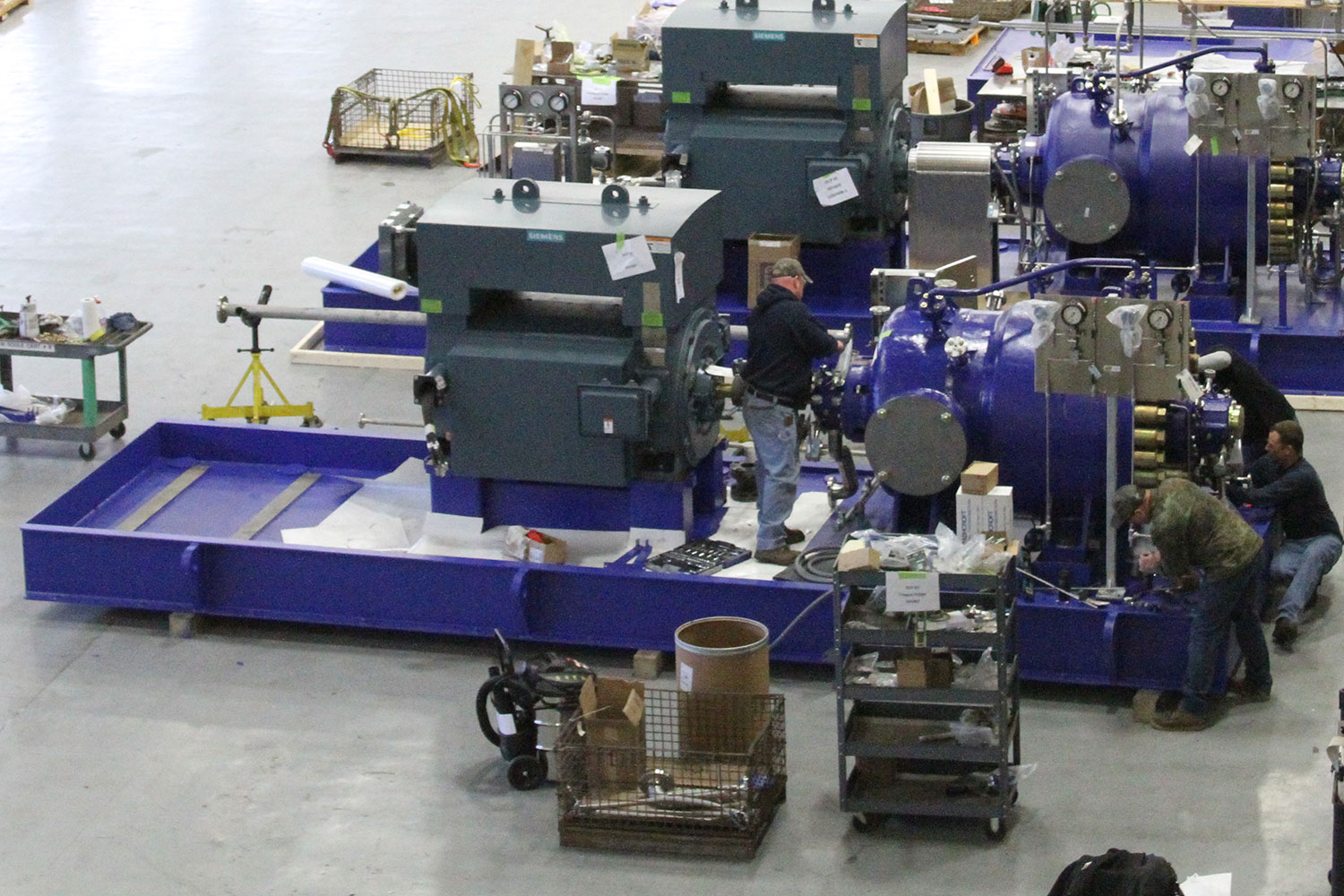 ClydeUnion Pumps, an SPX Brand, had a good challenge – more orders than they could fulfill internally. So they turned to W. Soule to supplement their work.

Our team completed 83 skids with a four day turnaround on each one. The end users are in the oil and gas industry.

What does it mean to work at W. Soule speed?

W. Soule’s craftsmens’ experience and diligent client communication by the project management team made it possible to meet this tight production schedule.